“I congratulate the authors on this splendid testimonial to the Stad Amsterdam and all those who have sailed on her.”

On the 19th of August the book was launched on board the Stad Amsterdam during the spectacular sail in parade at the opening of SAIL Amsterdam 2015. The first copies of the book were presented to His Royal Highness Prince Maurits, the Mayor of Amsterdam, and Frits Goldschmeding, the founder of Randstad Holding. (Photo credit: Sander Stoepker) 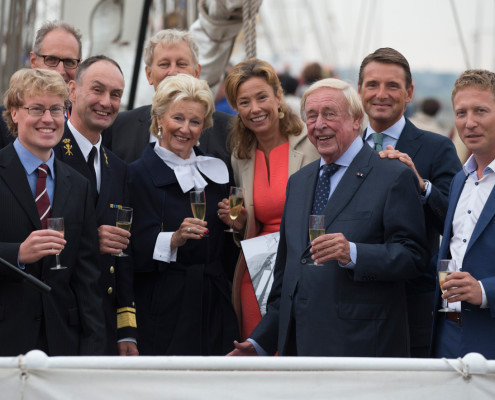 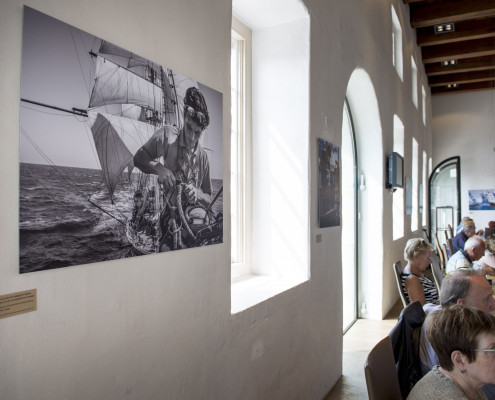 An exhibition of images from the Stad Amsterdam book is on display in the beautiful museum restaurant of the National Maritime Museum in Amsterdam (the ‘Scheepvaartmuseum’) until December 2015.  The book is also for sale in the Museum shop.

“If there is one ship in the Netherlands that deserves a coffee table book it is the Stad Amsterdam. The book’s two creators have succeeded with flying colours.”